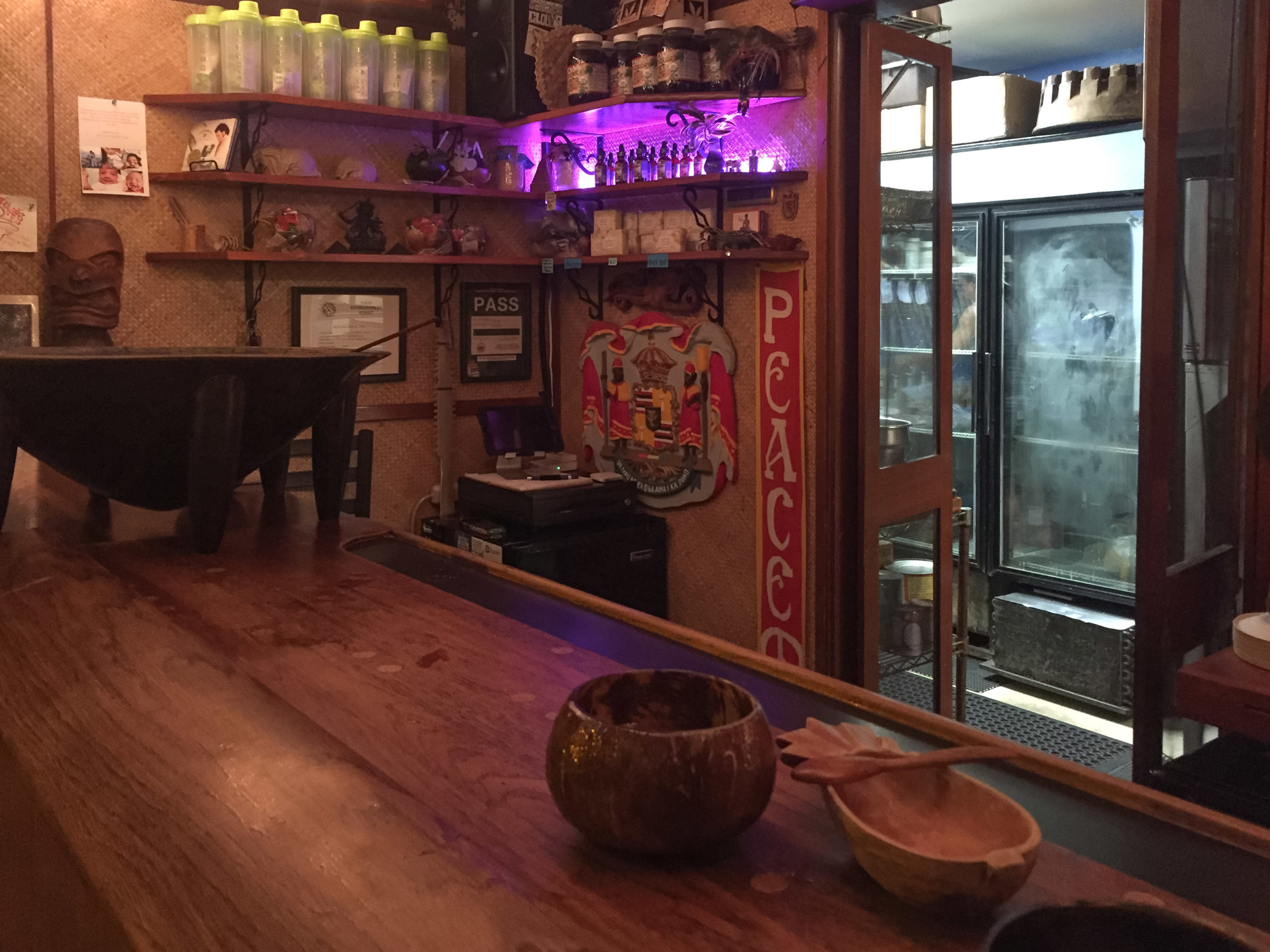 Kava and Alcohol: Everything You Need to Know

As the name suggests, we here at Cup of Kava enjoy, well, a good cup of kava tea.

Speaking for myself, I also enjoy un verre de vin from time to time, typically around dinner or with friends on the weekend.

However, I never mix the two. Never.

I’ve got a principle regarding drug interactions, and that is: never mix what you don’t know for sure is safe to mix. The risk/reward tradeoff is rarely in your favor when it comes to interaction effects (excluding, obviously, those favorable potentiators like black pepper + turmeric and caffeine + l-theanine).

With kava and alcohol, there are additional concerns that could be potentially very dangerous.

This article will cover the mechanisms by which each of these (kava and alcohol) work, what happens if you combine them, and at the end, we’ll also dive into why kava makes such a great alcohol substitute or alcohol alternative (whether you’re quitting the sauce entirely or just want to mix it up every once in a while).

How Does Kava Work?

Kava, also known as piper methysticum, is a plant from the south Pacific Islands (Fiji, Hawaii, etc.) that is typically dried (the kava root, anyway) and ground up into a powder and made into tea. Kava use has been associated with the following benefits:

You can get kava products in many different forms, from kava extract to tinctures to the plant itself and more. The effects of kava can vary, but they sound strikingly like some benefits of alcohol, though without the sluggishness (which is one big reason prefer kava to alcohol). However, the way kava works differs from alcohol’s mechanisms in a few ways.

With kava kava, the active ingredient, kavalactones, is really to credit for its relaxation effects.

There are 18 different kavalactones, six of them making up over 90% of the active ingredients in most kava varieties. Here are those six kavalactones:

This is where the science starts to compartmentalize and fracture a bit. Each kavalactone has different physiological effects, and the blend matters for the final behavioral result. Of course, any plant is more complex than a simple “if this then that” rule framework, but the blend here can really make the difference. Your typical kava drink will actually contain all of these, though in varying proportions.

For example, Kavain and Dihydrokavain have been shown to cause a contraction in the blood vessels, which is what causes the “numb” sensation on the tongue. In essence ,they act almost like a local topical anesthetic.

All six important kavalactones from the list above, however, have been implicated in their role in relaxation and their pacifying impact on the limbic system (notably the amygdala, which regulates emotion – potentially this could lead to the sense of general well-being reported by kava kava users?). Kavalactones in general have also been shown to affect GABA receptors, again playing into their role as an anxiety reliever and a good way to relax and get to sleep).

In any case, kavalactones are how the drug works, and each kavalactone has unique properties. Learn more about kavalactones on a scientific level here.

Kava consumption has some risks as well, with some studies connecting liver toxicity (hepatotoxicity) with those who drink kava.

How Does Alcohol Work?

There’s a lot we don’t know, and there’s a multitude of variables at play, including an individual’s biology, what they drank, how fast, what they ate, and their past history with alcohol. It also includes their mood, their sleep and recovery, the situation they’re in, and who they’re with.

However, at a basic level, we do understand functionally how alcohol is processed and how it works, broadly speaking.

When you drink alcohol, it basically affects every bodily system: Digestive, Central Nervous, Circulatory, and Endocrine.

When drinking, roughly 20% of the alcohol is absorbed in the stomach and 80% through the small intestine. How fast you absorb alcohol depends on these factors:

Once absorbed the alcohol enters the bloodstream, where it is carried throughout the body into every type of tissue except for fat. Once inside the tissues, alcohol works its magic. What happens then is mostly dependent on blood alcohol concentrate (BAC), which measures the amount of alcohol a person has consumed and absorbed).

How does the body get rid of consumed alcohol? Three ways:

The latter point is of special importance. This is going to get slightly technical, but here’s a great description of what happens in the liver from HowStuffWork:

“The breakdown, or oxidation, of ethanol occurs in the liver. An enzyme in the liver called alcohol dehydrogenase strips electrons from ethanol to form acetaldehyde. Another enzyme, called aldehyde dehydrogenase, converts the acetaldehyde, in the presence of oxygen, to acetic acid, the main component in vinegar. The molecular structure of acetic acid looks like this: CH3COOH.”

Side note here: the acetaldehyde buildup is hypothesized to be the major cause of hangovers (outside of cytokine activity and dehydration).

This GABA-promoting effect is one reason to avoid the combination of kava and alcohol, as both have similar depressant functionality. The other is because of the processing role the liver plays in both drugs.

What Happens When You Mix Kava and Alcohol?

Now, to back up a little bit, the question remains: should I mix kava and alcohol?

The answer is almost certainly, “no.” But it’s also more complicated (as is pretty much everything involving drug and human interactions).

For instance, on a very pragmatic level, it’s actually pretty common practice to mix the two. Kava bars, in the united states at least, often serve both kava and alcohol. People tend to use kava as a social lubricant, which of course is also the purpose often served by alcohol,

Additionally, the relative risk, all things considered, of combining alcohol and kava is probably quite low. No one knows for sure what the combined risk is, though drugs.com does claim there are moderate interaction effects, and for safety’s sake, the mixture should be avoided. However, is it the same risk level as combining ibuprofen and alcohol? Adderall and alcohol? These are all complex questions.

Here’s the thing: in low doses of both, you’ll, in all likelihood, be okay. But why risk it? Both drugs affect GABA and lead to relaxation, and both drugs are processed by the liver. Taken at the same time, you can end up super drowsy and with liver damage. Liver problems have been associated with both alcohol and kava, separately, but especially when combined. Even if the risk of liver damage is a fringe scenario, why risk it?

In my opinion, and in the opinions of most experts, avoid mixing kava and alcohol. Just drink one at a time, and preferably do so in moderation.

Kava and alcohol shouldn’t be mixed, but in my opinion, kava should replace alcohol in many situations.

For starters, it’s probably more effective as an emotional relaxant. It affects the limbic system, particularly the amygdala, and users often report an enhanced perception of well-being. This comes without the cloudiness or drowsiness of alcohol, which can lead to dumb decision making and slurred speech. With kava, you get the benefits without the crappy side effects (most notably, the hangover involved with alcohol).

Personally, I still drink alcohol, but I do so rarely and in the company of good friends and family. I use kava more regularly, often drinking a cup of kava tea right before bed or after a long day of stressful work so I can unwind.

Instead of asking yourself whether or not you should mix alcohol and kava kava, perhaps you should ask yourself, where and when can I replace alcohol with kava?

Tons of people are exploring that question with drinking kava and other herbal products. Sober curious is a big trend.

Everything is a function of your own decision making and risk tolerance, but taking into account the science, all evidence, and expert opinion, it’s probably not smart (or even fun) to mix kava and alcohol.

You can drink both, but do so exclusively and separately, and do so in moderation.

Instead, think about using kava as an alcohol replacement. It works wonders for sleep and relaxation, and kava bars are popping up all over the world. The use of kava, say a kava beverage or even kava supplements before bed, might supplant a lot of what you were previously using alcohol for without the negative side effects.