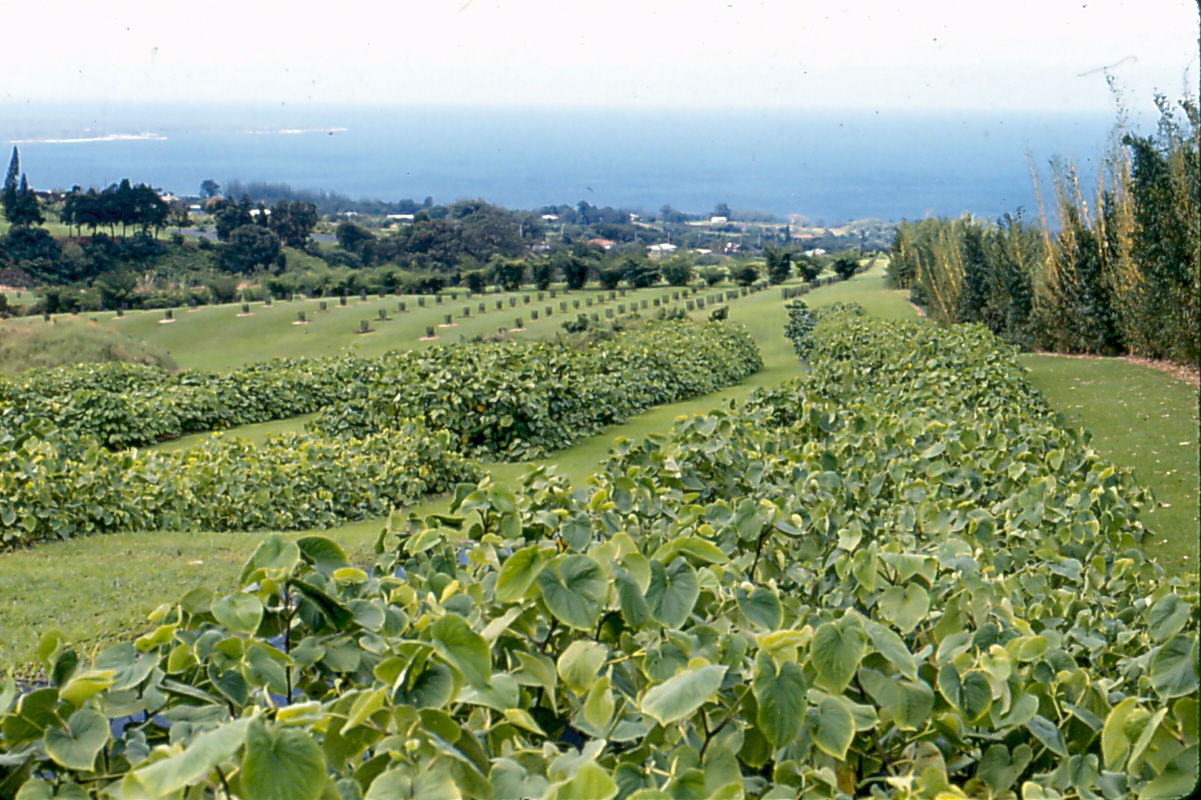 By Alex BirkettMarch 18, 2020No Comments

Kava and CBD oil are two rapidly growing trends in the world. Especially CBD, look at this chart from Google Trends!

Both are natural remedies used by many populations throughout the world for various health and recreational reasons. Both come from plants. Both are actually quite prominent when it comes to relaxation and stress.

However, there are also many key differences between kava and CBD (and kratom, another commonly used substance nowadays – but that’s for a different article).

This article will cover what CBS and kava have in common, what makes them different, use cases for each, and what each of them actually are.

As this is a website all about kava, we’ve already written extensively about what kava is. That said, I’ll do a quick review of the basics here.

Kava, or kava kava (or more scientifically, Piper methysticum), is the crop used to make kava products and drinks. It comes from the Pacific Islands, and has a long history in the Pacific Islands, used traditionally for several purposes, including medical, religious, and recreational.

More frequently, however, it is consumed as a tea, an extract, or as some other form of supplement (candy, etc.). Kavalactones are the active ingredient and are the reason for kava’s main benefits.

Kava is used for many ceremonial, social, health, and recreational purposes. Most of them have to do relaxation, relieving stress or anxiety, social lubrication, or sleep. Generally speaking, kava has a sedative effect.

Here are some other evidence-based benefits of kava (mainly via examine.com):

The main kava side effects

Kava is controversial, or at least it has been controversial in the past, due to its ties with liver damage. These ties, though more recently called into question, have been somewhat limited in relation to other dangers. The National Library of Medicine said the following:

“Based upon reported cases, the estimated frequency of clinically apparent liver injury due to kava is less than 1:1,000,000 daily doses. However, spontaneous reporting is believed to capture less than 1% of severe adverse events from the use of dietary supplements. Between 50 and 100 cases of clinically apparent liver injury have been published or discussed in the literature.”

So even if there is a causal connection here, it’s quite low, and it’s been hypothesized that it has more to do with mixing substances (also consuming alcohol or other drugs) or pre-existing conditions.

More banal side effects can include:

Overall, if you’re consuming high quality kava in isolation of other substances and in low to moderate doses, all the data suggest it should be relatively safe.

CBD is crazy popular right now. Unless you’re living under a rock, you’ve probably seen a CBD shop or at least a product infused with CBD – CBD soda, CBD chocolates, CBD beer, etc. The category has absolutely blown up.

But what actually is CBD?

So, first, it stands for ‘cannabidiol,’ so CBD oil is cannabidiol oil. It’s the second most prevalent active ingredient in cannabis, the other being THC. THC gets you high; CBD does not.

Both THC and CBD (both cannabinoids) come from the Cannabis Sativa plant, which has two primary species – hemp and marijuana. Both species contain CBD, but the percentage of CBD is higher in hemp, whereas the marijuana plant has much higher levels of THC.

In any case, CBD is an extract that is now taken as an isolate (via tincture, pills, etc.) or infused in other products (again, chocolate, soda, literally everything).

The main benefits of CBD

There’s a ton of research on CBD in animals, very little in humans. The research in animals is promising, suggesting benefits for anxiety, pain, inflammation, cancer, etc. However, because of the dearth of human research it’s tough to come up with with confident conclusions.

For what it’s worth, the World Health Organization wrote, ”In humans, CBD exhibits no effects indicative of any abuse or dependence potential…. To date, there is no evidence of public health related problems associated with the use of pure CBD.”

This suggests that while the benefits aren’t well understood, at least the first order effects of high quality CBD seem to be benign.

One area well-studied in humans, though, is on seizures. CBD has exhibited a strong effect in reducing the frequency in seizures in those with severe epilepsy. No long term studies have been done on pain and anxiety, but tons of anecdotes and a few animal studies show promise.

Again, for what it’s worth, this author enjoys a CBD sparkling water before bed a few times per week and it seems to help with sleep. I’m not sure if it’s a placebo or not, but I still have 3-4 servings per week and I’ve not had any strange side effects, and I seem to sleep better.

The Main Differences Between Kava and CBD

Right, so both CBD and kava are said to (and to some extent, empirically shown to) help with pain, anxiety, sleep, etc. – basically, they have a ton of different use cases attributed to them, some probably true, some probably bullshit, and some grey areas. They also overlap a bit – both tend to be called upon for sedative, relaxation-oriented uses (i.e. neither are thought to be very useful in producing alakarity, revelry, nor ecstasy).

So the original question of the article, “kava vs. CBD, what’s the difference,” has an annoying answer: it depends what you’re trying to accomplish.

For example, in trying to reduce anxiety or stress, there seems to be more clinical research and anecdotal evidence in favor of kava kava. For example, this Reddit thread (to be sure, from r/Kava) is full of rave reviews for kava instead of CBD:

Here are some ideas that I believe to be true (though feel free to fact check me):

Kava and CBD both need to be studied more. Both, however, has some suggestive evidence as to their benefit to humans in the form of anxiety relief and potentially for sleep (relaxation in general).

CBD has a bit more evidence pointing towards clinical use cases, such as helping those who suffer seizures. Kava has a bit more research done on pain relief.

Both products suffer from poor legislation and regulation, and therefore, it may not be a question of which is better or safer, but are you getting high quality versions of whatever product you’re trying to buy? There’s tons of shitty CBD oil on the market, and there’s tons of shitty kava products on the market. The real danger most likely lies in the quality of the specific product at hand.

Plug: here’s my favorite kava tea. I drink it one or two nights per week.

Kava seems to be a more experiential ordeal – you actually *feel* something when you take kava. The kavalactones (the active ingredient in kava kava) are shown to produce euphoria and social ease.

Because of that, many people use kava as a social lubricant or alcohol alternative. While this can be said about CBD’s fun loving cousin, THC, CBD itself has no real ‘high’ or psychopharmaceutical effects.

There’s a lot of individual variance in preference, dosage, and mix. A lot of figuring out what works for you involves safe and conservative experimentation.

For example, I’ve found that I enjoy kava with friends once or twice per week, whereas I take CBD a bit more often but don’t expect anything experiential from it. I simply take CBD (in the form of soda from Dram Apothecary) an hour before bed and hope that it helps with sleep to some extent.

For the most part, however, the question to ask is “which use case do I care about,” and then you can appropriately apply the solution. Moreover, the quality of your kava or CBD is massively important.

There’s a lot of unregulated BS in both spaces, and often the dosing is entirely inaccurate on both products. So make sure you’re buying from reputable companies in both spaces.