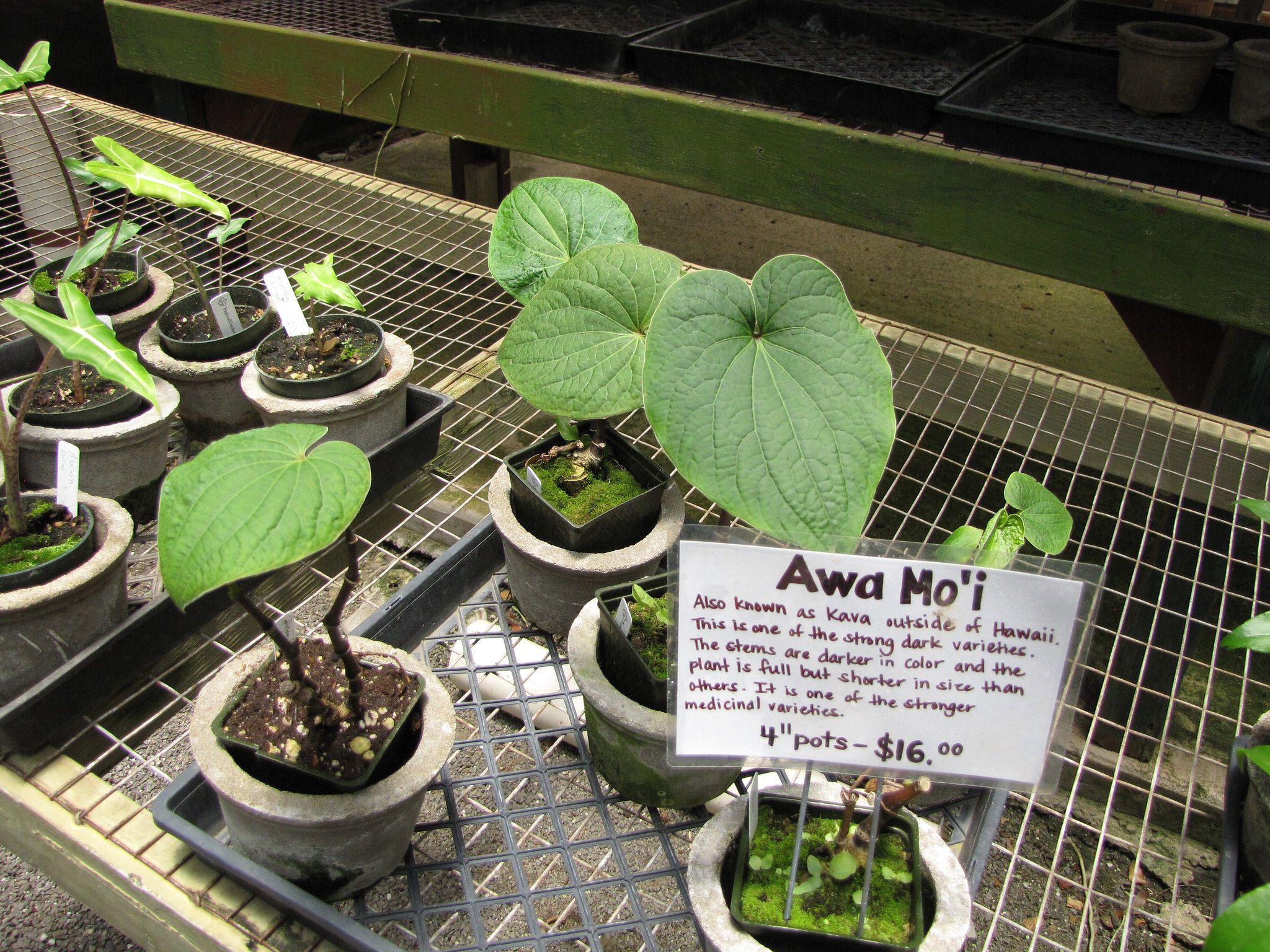 Kava vs Kratom: Everything you need to know

By Hassan Ud-deenFebruary 21, 2020No Comments

What’s the difference between Kava and Kratom?

The two plant-based remedies have risen in popularity in the last 6 years.

Naturally, increased attention on kava and kratom is accompanied by confusion and questions.

They are known for their relaxing or inebriating effects — depending on the amount consumed. Both are also experiencing a growing presence in retail Kava bars and online stores.

But, that’s where the similarities end and the drastic differences in side effects, legality, the potential for addiction and ideal use, begin.

In this post, you’ll learn the critical differences and similarities between kava and kratom so you can make an informed, optimal choice between the two.

Where do Kava and Kratom come from?

Recognized as an opium substitute that farmers used when opium supplies dwindled, Kratom (botanically known as Mitragyna Speciosa) was introduced to the west in the 1830s by the British East India Company.

It is cultivated from a tropical tree (a relative of the coffee plant) native throughout SouthEast Asia and is popular in countries like Malaysia, Thailand, Papua New Guinea and Indonesia, where it has a deep-rooted cultural history that spans thousands of years.

Kratom is used to fight exhaustion during laborious working hours, relieve pain and improve mood. The leaves are crushed and brewed in a tea, or chewed in raw leaf form in a similar way to Khat or Coca. It’s known to have a better taste that consumers mask by mixing in sugar or other drinks.

Kava (botanically named Piper Methysticum) is made from a plant that falls under the pepper family and is indigenous to the Western Pacific islands (Fiji, Papua New Guinea, Vanuatu, and Hawaii).

Within pacific island communities, it’s a special part of thousand-year-old religious rituals and cultural ceremonies. Kava is also a popular social beverage offered in kava bars (called Nakamals) that acts as an alcohol alternative for pacific islanders to unwind and relax.

The name “kava” comes from the Polynesian word “awa,” which literally translates to “bitter” in English. Kava is often referred to as having an earthy, pungent flavor that, as Alex mentioned in his detailed post about kava, is an acquired taste like beer or wine.

How are Kava and Kratom cultivated and consumed?

While kratom leaves can be chewed, they are often dried, then crushed into a powder form that is mixed with water to create a tea or drink.

Similarly, the preparation of Kava includes mixing grounded kava root with water and then steeping and straining to form kava tea. Both are also available in pill or tincture form.

The main strains of kratom are split into three different colors; green-vein, white-vein and red-vein.

Kratom variation is the result of intentional cultivation and specific harvesting techniques. The final color and alkaloid composition of Kratom leaves — which expresses the specific effect, strength and chemical composition — relies on factors like time of harvest or the amount of sunlight received.

The characteristics of the kava plant, on the other hand, are pre-determined by the variety of plants being cultivated. Unlike Kratom, kava variants stem from cloning/cutting.

Kavas are also labeled as “heady” or “heavy” kavas to describe their effects.

To identify purity and quality levels, kava plants are categorized as either “noble” or “non-noble”.

Noble kavas contain desirable chemotypes that give pleasant effects and have fewer compounds that can trigger potential side-effects.

As noted by researchers Dr. Lebot and Dr. Teschke, only varieties considered as noble have a “good reputation of safe use in Pacific Islands countries“… and are “consumed on a daily basis without apparent adverse effects”.

“Non-noble” or “tudei” kavas, however, have harsher chemotypes. They have a higher concentration of compounds that pack a bigger initial “punch” — but often result in undesirable side effects like kava hangovers, nausea, sickness, and feelings of lethargy the next day.

Non-noble kavas are favored by unethical farmers looking to turn a fast profit from the bigger yields and quicker growth. Authorities are aware of this, and closely monitor exported kava to protect its reputation and maintain business.

Vanuatu’s legislation (Kava Act 2002) for example, states that only noble kava can be legally exported from the islands.

The effects of kava and kratom

On the surface, kava and kratom both have a similar list of effects that include:

The differences come in the form of side effects, the “addictiveness” of each drug, and the biochemical pathway the two psychotropic plants take to deliver their effects.

Compared to Kava, the effects of Kratom are odd.

For those dealing with a serious addiction to harder opioids, kratom is a popular treatment. It helps recovery by providing relief for withdrawal from strong pain killers and sedatives.

Working her way up to 26 daily medications and awash with pain, she barely left the house; when she did, she had to walk with a cane. After trying Kratom for the first time, Kim was pleasantly surprised by the pain relief the “first cup” provided.

Kim was able to walk cane-free, “it’s given me my quality of life back.” she says.

How does kratom work?

There are two compounds in kratom leaves, mitragynine and 7-α-hydroxymitragynine, that interact with opioid receptors (the same receptors stimulated by heroin and oxycodone) in the brain. This creates sensations of sedation, heightens pleasure and decreases pain.

Kratom side effects and health risks

The common side effects associated with Kratom are:

The most alarming adverse effect of kratom is how addictive it can be.

For several years, the DEA has listed kratom as a “substance of concern” and the FDA has warned of its addictive potential. In 2018, the FDA officially declared kratom as “not just a plant” but “an opioid”.

Kratom has been illegal in Thailand since the passing of the Kratom Act 2486 in 1943. But Thai officials are considering reversing the 70-year-old ban on kratom due to the plant’s ability to help wean addicts off of opiates. Kratom is also illegal in Malaysia, Burma and Australia.

According to WebMD, kava can be used to treat insomnia, ADHD (attention deficit-hyperactivity disorder), respiratory tract infections, muscle pain and even used for cancer prevention.

But for most people, kava is a recognized stress-reliever, mood enhancer and alcohol alternative.

How does kava work?

Kavalactones are the psychoactive compounds found in kava plants. Studies show that kavalactones, specifically kavain and desmethoxyyangonin, are responsible for Kava’s relaxing and energizing effects.

Kavain binds to the receptors in the amygdala, which is the part of the limbic system that regulates feelings of fear and anxiety. This induces relaxation and calm without heavily sedating the brain.

Meanwhile, desmethoxyyangonin triggers an uptick in dopamine levels, creating a sensation that most describe as “a mild euphoria”.

Kava side effects and health risks

The side effects associated with Kava are:

While these may sound troubling at first, research has proven that short-term use of kava is safe and for the most part, free from serious side effects.

With its strong perks and limited side effects, you’d think kava would be as popular as kale smoothies or avocado toast (it’s pretty tasty). But, there’s a reason why it’s only now beginning to regain attention.

In the early 2000s, heavy kava consumption was linked to liver damage in American and English users. After being banned in Switzerland, Germany and Canada interest plummeted.

Fortunately, the bans were lifted in 2015 after researchers poked holes in the original paper. Further investigation indicated that liver problems experienced by subjects were due to other contributing factors, and not to be blamed solely on kava consumption.

Kava vs Kratom: The choice is yours

They might appear similar on the surface, but kava and kratom are significantly different.

Both have a cultural heritage that dates back thousands of years. But, as the research shows, Kratom is a much “harder” drug with stronger effects. Kava, on the other hand, is a light alcohol alternative that’s great for calming anxiety and stress without hijacking your nervous system or risking addiction.

Hassan Ud-deen is a content marketer who also writes about health, fitness, and marketing.